On Tuesday 24th May Year 10 GCSE Drama students were fortunate enough to participate in a workshop delivered by a theatre practitioner from Shakespeare’s Globe Theatre on understanding Shakespeare’s Language.

“Fiona said that Shakespeare wrote his plays to be performed and not just studied. Having the chance to explore Shakespeare’s word’s practically meant that it was easier to understand what he was saying” - Lowella Paderna 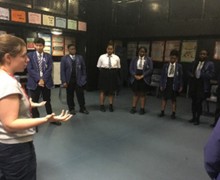 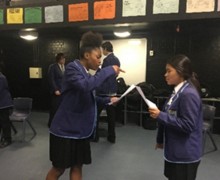