The event was broadcast live on BBC One and we were featured in a lot of the programme! We were be positioned halfway up the first section of the Abbey and there are be some stringed instruments in front of us. We are wearing purple.

Here is the link if you would like to have a watch http://www.bbc.co.uk/iplayer/episode/b08j25tw/a-service-of-celebration-for-commonwealth-day-2017

Another exciting aspect of the day was that pieces of music that were jointly composed by our students and the Purcell Music School had their world premiere. Yinka and Marvellous’ “One Song” and Juan, Stephanie and Rh’ea’s “Song of a Dream” are two of the pieces that we sang.

Marvellous was also interviewed by BBC World Service and is featured as part of their broadcast. This was broadcast around the world. You can listen here http://www.bbc.co.uk/programmes/p04vyrmr#play she is on at 01:19:50. 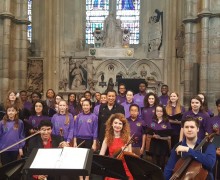 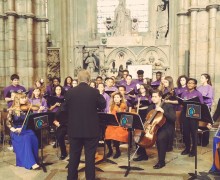 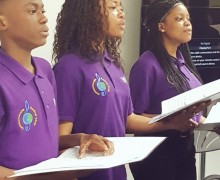