The Harris Academy Peckham Year 9 basketball team took part in a nail biting tournament on Tuesday 23rd January. The first match was a high scoring back to back basketball fest, with Peckham winning in the final minutes thanks to some well composed free throws. However the final against a physical and experienced team was where the team could show real pride. After a very difficult 1st quarter, intimidated by the size of their opponents, Peckham pulled themselves together and equalled them in spirit and skill winning the second quarter but losing the match. We did not manage to win the tournament but we showed the composure to do it next time. What was also pleasing was that several members from all schools stayed behind to train with the Southwark Pride basketball team, showing a clear desire to work together to nurture their game. Well done to all players involved.

Senior Head of Department RE and Basketball coach 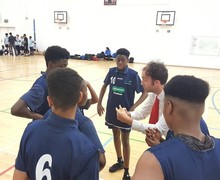 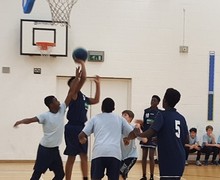