Great work by staff and students preparing 260 breakfast care packages for our student and their families. Don’t forget to collect yours from the Academy every fortnight on a Wednesday from 12 Noon– next collection date Wednesday 17th June! Thank you to @sfmtweet @AbelandCole https://t.co/qh45nxROdp

Live Q&A with Student Ambassadors from @StAnnesCollege, Oxford University this week on Microsoft Teams – great questions from our students to find out what university life is actually like! Thanks to Hannah and the ambassadors for joining us @OxOutreach @UniofOxford #oxplore https://t.co/MbfuqR2n6O

Our whole school community is deeply hurt by racial injustice, not only in the US but in the UK and elsewhere. We are immensely proud of our school's diverse demographic. In solidarity with #BlackOutTuesday, here are some resources you might find helpful https://t.co/lN7QY6wkyr

HAPpy half term to our wonderful #HAPfamily! We miss you lots and can't wait to see you all soon. Wishing everyone a safe and relaxing half term and remember to spread a little #HAPpiness to those around you 💙 #KindnessMatters https://t.co/EFg0pplEjh

We've missed all our students so much 'Since You've Been Gone', so we made you a video 💙🎤🎶 to let you know how much we care 😊 We are definitely spreading some #HAPpiness with this 😂. ENJOY! #MentalHealthAwarenessWeek #HAPfamily #SeeYouSoon #missyou https://t.co/Hb0Eq8hnuu

Thank you for all the kind messages from students and staff yesterday to celebrate our wonderful teachers. Your support and thanks mean everything 😊. Continue to spread a little #HAPpiness and let someone know you care 💙 #KindnessMatters #MentalHealthAwarenessWeek https://t.co/yf89CfV4im

A repost of this fantastic video for our #30minutemovement challenge. Yoga is such a fantastic form of exercise for both the body and mind #MentalHealthAwarenessWeek https://t.co/lZu5OHP2Wg

Here is Ms Enderby's motivational #30minutemovement idea. Why not try some ballet too?! #HAPpiness #MentalHealthAwarnessWeek https://t.co/2mM8J6Pn6v

Our Y9 German class are studying friendship and relationships. They have written descriptions of their friends & recorded themselves talking about them. It's so important to tell people in your life how important they are & what makes them special. Spread some #HAPpiness 💙 https://t.co/trjWjR1i3S

Students have been sending in pictures of the food to they have been cooking at home to Ms Snow. Spread some #HAPpiness and try out these ideas! Have you been cooking? Send us your pictures! Ms Snow is making a HAP Cookbook! #KindnessMatters #MentalHealthAwarenessWeek https://t.co/FA0VsmoELV

Some students have been spreading some #HAPpiness by cooking for their family at home. Here are some ideas for you! Have you been cooking? Send us your recipes! #KindnessMatters #MentalHealthAwarenessWeek https://t.co/FbYbGS2KWf

Third and final #MentalHealthAwarenessWeek Challenge. What will you write about? Spread a little #HAPpiness 😊 https://t.co/LodvXjO7FO

Earlier this week, students at Harris Peckham welcomed an extremely special guest to the school, Ruth Posner. Ruth came to the school to talk to Year 9 students about her experience as a Holocaust survivor and how this has shaped her life.

Ruth was invited into the school as part of our Year 9 Depth and Discovery Day which was focused on the Holocaust. Students, with the support of the Holocaust Education Trust, engaged with five sessions, each one examining a different aspect of the Holocaust. These ranged from the pre-war experiences of Jewish people in Europe, through to life in the ghettos and examples of Jewish and non-Jewish resistance to the Holocaust. 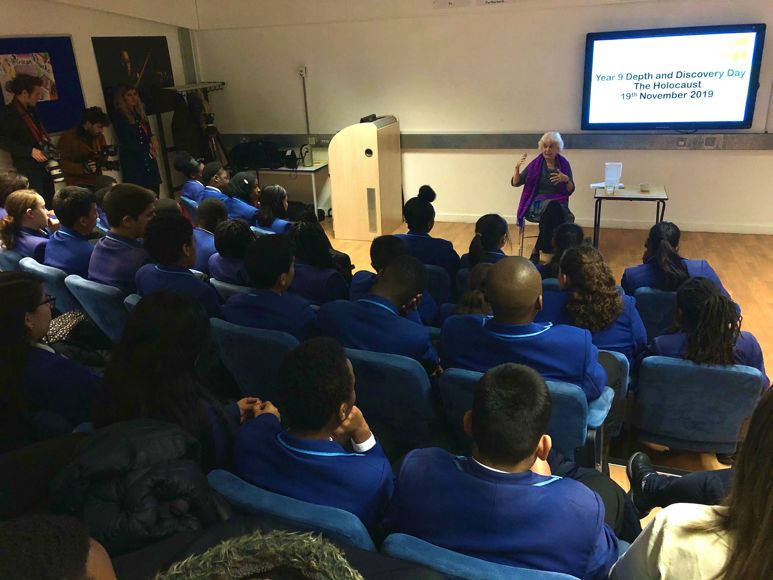 "Hope is a form of resistance"

Mr Tye, a History Teacher at Harris Peckham, who was running the session on Jewish and non Jewish resistance, praised the students that took part in his session. “Students who learned about Jewish and non-Jewish resistance really engaged with the ideas about hope being a form of resistance even within the darkest of moments – always holding on to that hope that they will survive," said Mr Tye.

"They also grappled with the idea that even though Jews were being persecuted for who they were, they still continued to maintain and pass down their Jewish identity, heritage and culture through preservation, education and continuing religious activities where they could. They found this incredibly powerful and an important way of resisting, compared to the more traditional forms of resistance that we see and hear about.” 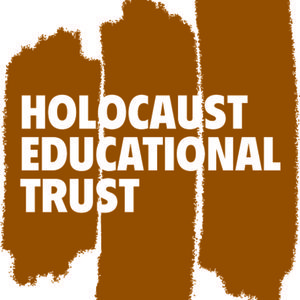 "Appreciate the differences between people"

These sessions were designed to complement and support students’ understanding of Ruth’s story which you can read below. Students gained a huge amount from the experience of meeting Ruth and hearing her truly remarkable story.

Amy, Year 9, commented that Ruth, “Wasn’t what she expected at all, she was much more… real and lively!”

Whilst Ayo, also in Year 9, suggested that the greatest thing that she learned from the experience was “that tolerance is so important. Ruth kept on repeating how we need to appreciate the differences between people, not use those differences to discriminate.”

Catherine from the Holocaust Education Trust, who worked closely with the school to deliver the day, was impressed with the maturity Harris Peckham students showed when they had their opportunity to ask Ruth questions. Catherine highlighted that our students were able to focus on specific aspects of Ruth’s story, demonstrating how attentively students had been engaging with her talk. Questions such as “what advice would you give to people who have gone through traumatic experiences today?” showed how actively students were reflecting with the experience and how valuable an opportunity this was for them to develop their own concept of perseverance.

Ruth Posner was born in Warsaw in 1930 and lived with her parents Anna and Marian. Her father was an artist and a chartered accountant, and her mother designed and made underwear. Ruth’s family saw themselves as Poles first and foremost and she attended a Catholic school. By the end of the Holocaust, Ruth’s parents, uncles, aunts and cousins were all killed. Only one aunt remained at the end of the war.

After the Germans invaded, Ruth remembers being thrown out of her home and marched to the Warsaw Ghetto. Ruth’s father arranged for Ruth and her aunt to work in a factory making leather goods. It was hard, slave labour. However, the factory was located outside of town and helped keep Ruth away from the deportations from the ghetto for a time. Once a week the workers were marched to the town baths and on one of these occasions Ruth and her aunt escaped to the Aryan side.

Ruth hid with a Catholic family but during the Warsaw Ghetto uprising in 1943, she was taken prisoner and sent to Germany. She was imprisoned as a Polish Catholic as opposed to a Jew. Towards the end of the war, the Germans put Ruth on a train which ended up in the large town of Essen. The Allies were bombing the town and many around Ruth were killed. She hid on a local farm until liberation.

After liberation, Ruth came to the UK at the age of 16. She did not speak the language and for a while she lived in a hostel with other refugees in Reading. Despite her experiences during the Holocaust, Ruth was determined to start a new life, learn English and go back to school to make up for lost time. She was helped by the two German Jewish refugees who ran the hostel. They were very strict but helpful and practical.

Ruth eventually went to a good school and later to a college where dance and drama were the primary subjects. After three years at the college she continued her training with the London Contemporary Dance Theatre. She became a member and stayed with them for 18 years, performing and teaching.

Ruth married her husband Michael, who worked for UNICEF, and they moved to New York. Ruth first went to Hunter College (part of New York University) and after 2 years obtained an MA in Theatre Arts. She then changed profession and studied acting, forging a successful career which has lasted until the present.

Ruth felt that it wasn’t always easy and sometimes she felt the guilt of survival, feeling that although she was lucky, others had also deserved the same luck and the same right to live.

Was also lovely to have a conversation with students about how the power of hate-filled words must be challenged at all times, otherwise where does it lead? A line that HET push out a lot is about the importance of words and the fact that the Holocaust didn’t start in the gas chambers but started with words.

The school would like to thank Ruth and the Holocaust Education Trust for making this visit possible.