Peckham Poets Corner - A Selection of Student Poems and Art 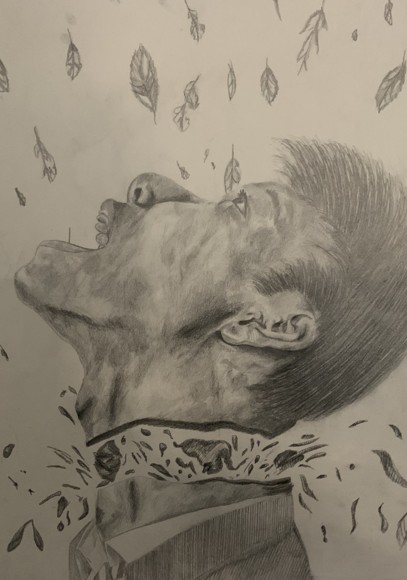 They offer us a full board hotel to stay in

And a red passport to crave.

Demand us to forget our culture and we obeyed.

It’s like they compel us in, and usher us away.

They split each group into two,

And feed us proclaimed hate

that we never even knew existed.

We are confined in the stereotypes they gifted us.

They make it seem as if we are the problem,

As if the lies they told our parents were on us

And blame us for the artificial hate.

They mechanic the unseen poetry

of our unseen rage

They wave their red passports in the air

as if this was the hierarchy in a child’s playground

It’s even come to the point

where they don’t even know who they are

to the point where they have no name

They offer us a full board hotel to stay in

And a red passport to crave,

Demand us to forget our culture and we obeyed

It’s like they compel us in, and usher us away.

I have become immune to the violence on these streets

Our population is decreasing rapidly

Every morning I wake up to a notification on my phone

A news report saying yet another has sadly gone

Yet this is my world

Everything I have lived to see

The teens are the soldiers, viciously brought into battle

Too many deaths for our government to handle

Their general is their postcode

Ordering them to protect what’s theirs

Fallen soldiers wounded by their own weapon

There’s no glory in their name

All you hear is the statistics

And the summarised story from critics

Then you make your judgement

And say it’s the youth

But that’s not the whole truth

It’s not your world it’s mine

But World War Me 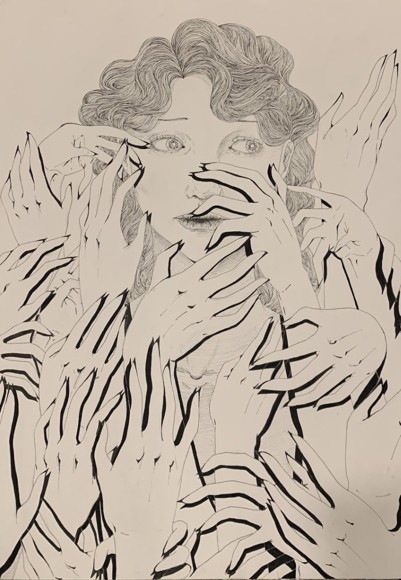 “You’re Too Young to be a Feminist”

“I am a feminist”

Apparently, I am too young to be a feminist

I have no reason to be a feminist

I not lived or witnessed enough of this patriarchal society

I have yet to witness fathers warn their daughters, to never trust a boy

I have yet to hear dinner must be ready, as soon as he steps through the door

I have yet to witness a society where women are taught

to protect their innocence

but ridiculed for simply not being ‘ready’

I am yet to witness the crying faces of young girls

as they have their pride snatched

as the man walks out of court

with a smirk on his face

They say I’m too young to be a feminist

then it’s quite easy to realise

and it’s not the feminist in me. 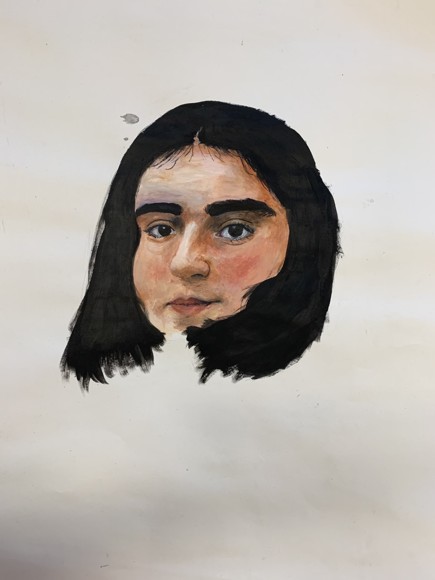 By Fabiola, Year 9 (art by Papula)

Immigrants they called us

We thought flying away

would make us escape extreme poverty

but the western world was only an ideology

We believe in sat in front of a TV screen

We came down and got comfortable

and in the process, we kind of untamed ourselves

in other words, we forgot who we were

because we left culture behind

But then we experienced the gentrification of the streets

we were just almost getting familiar with

But I’ve grown to understand what they really meant

It was sort of a tribal dreadlock, oh sorry, I mean deadlock

We are seen as a social problem

That cannot afford to demystify the world they created

But we don’t have the power to set the agenda

It was the only way we felt we could feel empowered.