Join @TheatrePeckham and @ETOpera with a new project for 17-19yrs: Rap X Gilbert & Sullivan. Who knew Hamilton was similar to Opera? Rapper John Akinde & Opera Singer @ThembaMvula guide you through the skills to use your own voice and lyrics Wed 20 Jan https://t.co/m6BMJiFF7S

Our Junior Experience & @HFExperience really learned a lot from Ms Gardner's Masterclass on the Spanish Flu Pandemic. See some of their reflective comments below! https://t.co/Cndt1ZlWRk

Thank you to @ChristiesEduLDN for providing an illuminating art history lecture to our @HFexperience Year 9 cohort. They found it fascinating to learn more about art history and Christie’s Auction House! https://t.co/zAJb0qlF9h

Thanks so much to @Clifford_Chance @CCGrads UK for offering an inspirational virtual careers talk on Raising Aspirations – an Insight to Professional Roles in a Magic Circle Law Firm. Our Harris Peckham students were blown away by your panellist. #Law #Careers

This week we have provided hundreds of families with amazing food parcels 😊 We also have fresh meals coming on Friday at 1.15pm - everyone is welcome. Thanks to everyone who has helped us to support our families. Teamwork is dreamwork! 💙 https://t.co/BYKLbotCLZ

As part of our @HFexperience and Junior Experience Masterclass programme, Ms Gardner is sharing with students her academic specialism on the Spanish Flu pandemic. Very topical and educational to learn about the history of pandemics! See below what they will be covering ⬇️ https://t.co/xWxgv0GOpQ

Please come to the Academy today between 2-3pm to collect your food parcels! We look forward to seeing you there. Stay safe everyone!

Download our Winter 2020-21 edition of Insight, a school magazine full of news about what students at Harris Academy Peckham have been achieving. We hope you enjoy it! https://t.co/uS83rhQFmu https://t.co/TpA1sAqxD4

Happy New Year HAP Family!  Thank you to the Mide-Madariola World Foundation & HAP staff who gave kind donations for our Christmas Food bags and gifts that we gave out before the holiday. Malcolm’s kindness and energy will live on forever through our regular food parcels. https://t.co/KjzezrQLpV

Harris Academies have now delivered more than 1,300 frozen meals to families in Peckham. The food for local students and their families was provided by @Barings & @Thomas_Franks_ Foundation. "It could not have come at a more crucial time," said Rebecca Hickey, Assistant Director https://t.co/1uwG26QYtV

Wishing everyone in our a community a very merry Christmas. Stay safe and look after each other. And have some fun with this... 😂💙🎶 https://t.co/8ZcRT6wL91

'This is Our Reality as Teenagers': Students Take Gang Culture to the Stage

A new drama – The Endz – will see pupils from Harris Academy Peckham collaborating with The Multi-Story Orchestra to give a voice to victims of knife crime. Article from The Guardian.

It is three hours after the end of school on a Friday evening and deep in the bowels of Harris Academy Peckham, south-east London, 20 year 10 students are singing, rapping and dancing in a blacked-out rehearsal room. Their music sounds like an acoustic rendering of a Stormzy track and the lyrics talk of the perils of stop and search, peer pressure and gang culture. 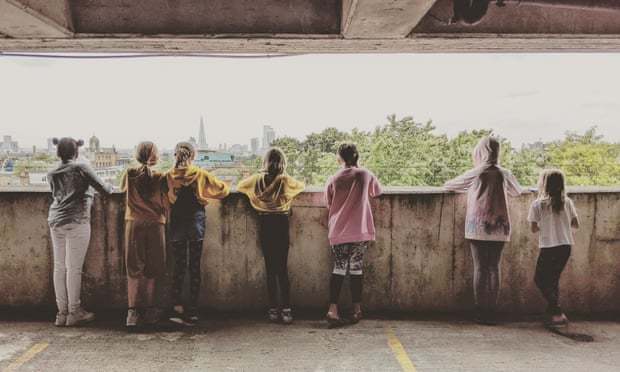 The group is almost exclusively made up of BAME students and this piece, The Endz, is due to be performed at the end of the month, with Peckham arts initiative The Multi-Story Orchestra, in local theatres. The hour-long performance was developed from a 15-minute music class exercise and is partly inspired by the fatal stabbing of former Harris Academy pupil Malcolm Mide-Madariola in 2018.

“A year ago my music class were thinking that we need to make a change in our community and raise awareness of gang crime,” says 14-year-old Amira Lagzouli, one of the leads in the production. “We want to break the stereotypes relating to gang crime and show that even though we’re not in gangs ourselves, we’re surrounded by that culture and that this is our reality as teenagers.”

‘We want to break the stereotypes relating to gang crime’ ... The Endz.

The reality The Endz portrays is that of a young girl drawn into gang crime and a stabbing as a result of a police stop and search gone wrong. “In the news, it feels like it’s [always] the same story, just under a different name,” Lagzouli continues, “so we are giving all the victims a voice because ultimately, the people that get into gangs are victims. They all start off as good people and then they are groomed.”

Although the students in the production were too young to have known Mide-Madariola personally, the story of this young man is one that feels close to home. “I know there are times when I can feel peer-pressured,” says 14-year-old Tegan Bernard-Curtis, another lead. “Other times I can stand tall and walk away. But it’s hard to be strong when all we see is people labelling us as criminals or no good. Instead, they should think of the youth as something bright, as the future. I want to show them that we are human, that we are the product of them.” 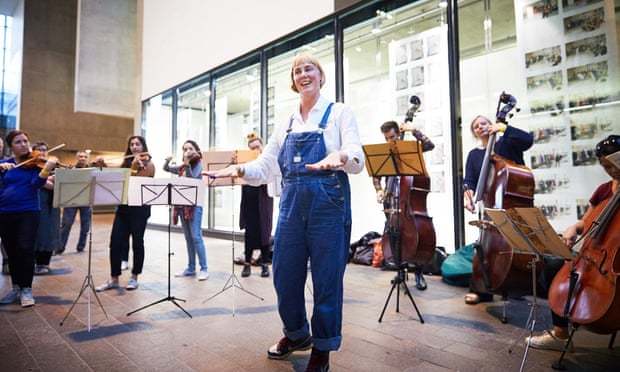 ‘They all start off as good people and then they are groomed’ ... The Endz.

The show has been developed to be open to all audiences, as the students are keen to have a diverse range of people engage with their message of empathy. “For primary school children, this is going to become their reality, or it already is, so we want them to be involved, too,” Lagzouli says.

Kerry Rogers, head of music at Harris Academy, describes the students as “genuinely the most creative, brilliant people I’ve ever worked with,” and notes they have all been enthusiastically attending the three-hour after-school rehearsals since January, without complaint or disagreement. “It really is like a family at the school,” she says, “everyone is encouraging and looks out for each other and we’re all so excited to show this to audiences.”

For Kate Whitley, co-artistic director of The Multi-Story Orchestra, shows such as this highlight the power of arts funding and its current scarcity. “We need people in positions of power to come to the show and hear this,” she says, “it is a testament to the work of someone such as Kerry, who kills herself plugging the gaps in arts funding to allow these kids the time and space to have their voices heard.” “We don’t give enough credit to those voices and what they have to say,” Whitley’s colleague Linton Stephens adds. “These are the people experiencing the brunt of governmental neglect and societal prejudice, so who are we to tell their story? We need to stand back and listen instead.”

The Endz is at Theatre Peckham, London, on 24 March and Canada Water theatre, London, on 31 March.