Where HAP Students Go On To Study

I was able to achieve these grades due to being ambitious, persevering and wanting to build a strong legacy for myself.

After Peckham, I decided to go on to Sixth Form at Harris Westminster where I studied Maths, English Literature, History and Drama and Theatre studies. I have always found myself in roles of responsibility within the student body because for me education is so much more than what happens in a classroom. It’s about your extracurricular activities, extra readings and what you do within the school community. 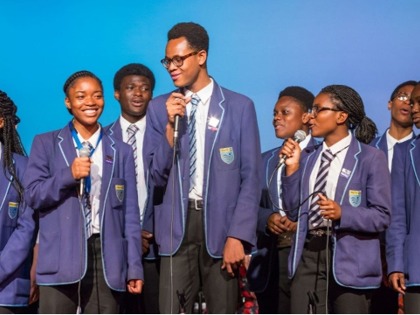 So in Peckham I found myself in the choir, student council and as a prefect. At Westminster I was Vice President of the student body and House Captain. After Sixth form, I had to go on a gap year due to financial reasons. But education has always been a key part of my identity, so I have spent my gap year working in education as a Teaching Assistant at Harris Greenwich in order to save enough to start my degree at Warwick this October studying English and History. With this degree, I’m working hard for the fulfilment of bright future different from what is expected of someone of my background or postcode.

I have the intention of being a solicitor or a professor of History. I know I can achieve this legacy if I continue to be ambitious (working smartly) and continue to persevere.

My name is Ifaz and in October I will begin studying at Imperial College London. I will be studying Chemistry with Medicinal Chemistry and hope to be working in the pharmaceutical industry after graduation.

Harris Academy Peckham played a major role in getting me to this point. Being around people who constantly motivated me to do more and teachers who always looked to stretch me helped me develop an ambitious mindset.

My teachers' faith in me prior to my GCSEs is really what made me think, for the first time, anything is possible. For my GCSEs I got 7 A* equivalent grades including Biology, Chemistry and Maths, all of which are crucial to my degree course.

As well as academically pushing students, the school also gave us a good range of extra curricular activities. I took advantage of some of these opportunities including basketball club and cricket club. This gave me free access to sports I love playing and helped me interact with students from other year groups.

Hi, I'm Joseph Sowole. I attended Harris Peckham from 2012 - 2017, a beautiful 5 years! I've made some lifelong brothers and sisters along the way - we were a tight knit group, near inseparable even till this day.

I graduated Harris Peckham with an A* in Maths, A* in English literature, A in English language, A* in Chemistry, A* in Biology, A in Physics, A in French, A in Business studies, A in Religious Education and a B in Geography. This was credited to the amazing teachers I had who organised extra study sessions and poured out resources for those that were eager to access further learning - luckily, I was one of them. I also believe that more credit is due to the friends that I had, we were a very competitive bunch and spurred on each other to do the very best that we could achieve.

After my time at Harris Peckham, I went on to study A levels at Harris Westminster. As an aspiring medic and a lover of science, the subjects that I chose were Chemistry, Biology, Maths and a dabble in Economics. I graduated Westminster with an A* in Chemistry, A in Biology, B in Maths, and a B in Economics.

The two years at Harris Westminster was a sheer transition in dynamics in terms of the environment as a whole, situated in the busy streets of Westminster, next to the House of Parliaments, The Big Ben, having regular assemblies at St Margaret's Church and at the prestigious Westminster Abbey, watching businessmen and women walk swiftly with purpose to their respective workplace, which was often to department buildings that belonged to the government - the department of education building, the department of justice and the house of parliament were all roughly a five minute walk from the school. This further exposed me to the idea that I had to work hard to be where I wanted just like Haris Peckham had previously instilled in me.

Unfortunately, due to the legal and financial circumstances, I've had to put studying medicine at University on hold for a couple of years. I currently work as a Teaching Assistant here at Harris Peckham. Working at my secondary school is a role that I looked very forward to, I believe it's my duty to pay back.

My dream has always been to be a doctor, and to have a real impact on the lives of people and show a positive example to my community that when you work hard, you can achieve great things in life. I live my life in agreement with this quote, "do not let where you come from define you, but never forget the values you learned from your close community". This principle has kept me focused despite all the negative stereotypes about Peckham. I stand shoulder to shoulder in support of this great and wonderful community and I want to be a part of the example to the nation that out of Peckham comes children of great future like me and many others counting...