‘‘Hello! I am Tegan, a fifteen year old girl who attends Harris Academy Peckham! In the past two years, students who picked GCSE Drama and Music joined together to create a play, known today as ‘The Endz’, with the help from the Multi-Story orchestra.

‘The Endz’ is about a girl (who I performed) and a boy who are best friends (or rather, “forever g’s”). We showcased their childhood together though dance and song and then how they got older and both seemed to drift apart - the boy heading down a positive path and the girl heading down a dangerous and negative one. 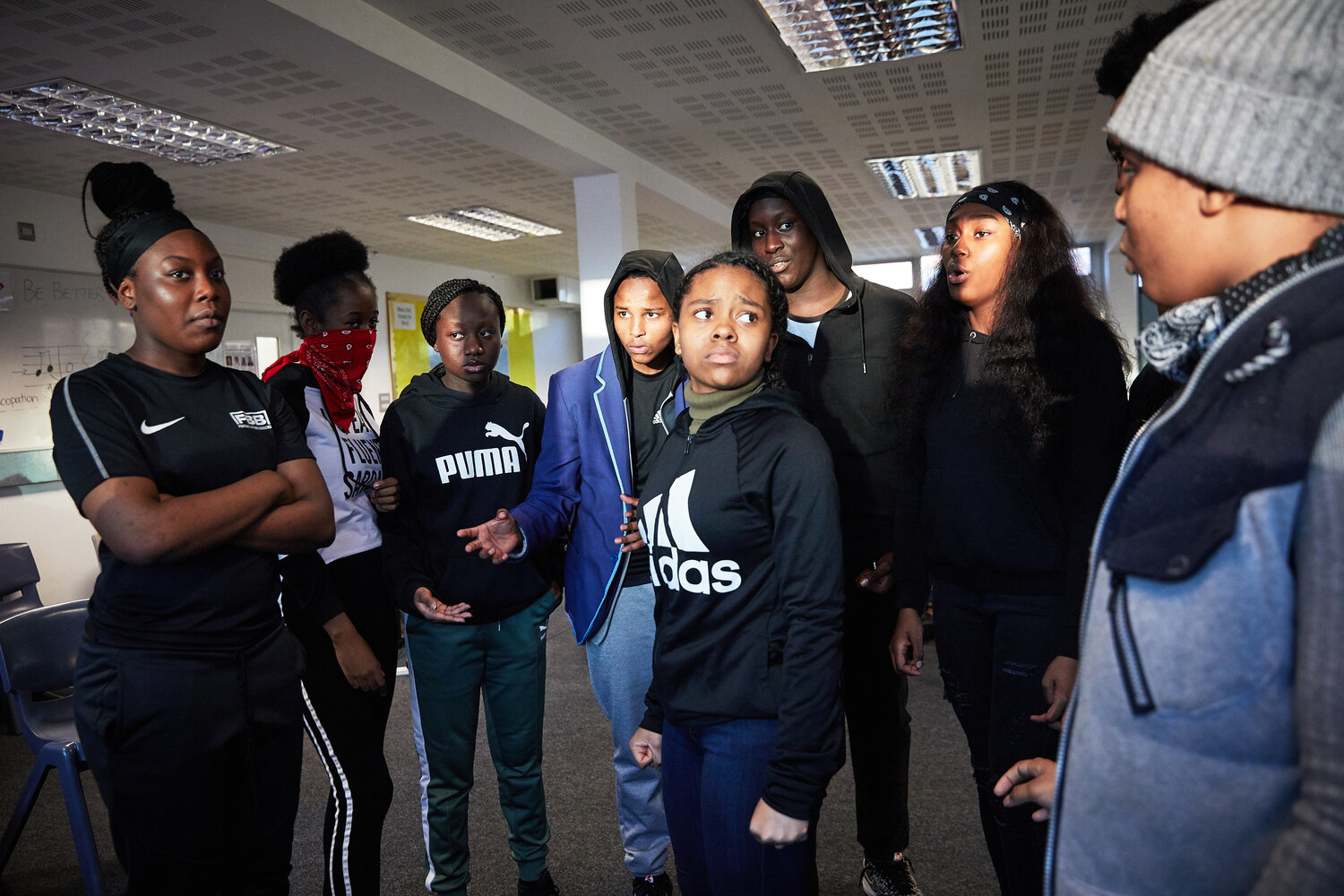 Tegan and fellow students performing in The Endz.

However, since they are and always will be “forever g’s” the boy tries to help the girl escape the horrible lifestyle she was now situated in, which unfortunately resulted in his death and the girl having to live with survivor’s guilt.

Our play’s storyline was inspired by the tragic passing of a former student who attended our school and our play’s musical/spoken word aspect was inspired by Rapmans ‘Shiro’s story’ series on Youtube.

One of our main goals was to break MANY stereotypes associated with our school, the youth now as a whole, who gang members target, victims of knife crime and much more!

I personally wanted to vocalise the fact that women are also targeted by gang members with the intent of them actually doing physical harm to others and not just the stereotypical “hiding the weapon” part that we often hear females in gangs are made to play. As a collective, we decided to make this play a real production, which showcased all kinds of talents, as we chose to sing, play instruments, act and include spoken word as if the whole play was one big narration.

I definitely believe that music played a huge role in the making of ‘The Endz’ as it was able to illustrate the severity of many situations. For example the first song in the play “forever g’s” – which includes an optimistic upbeat and shows the audience happy times and positivity – is a complete contrast to the last song in the play, “say goodbye”- which is melancholy, pessimistic and portrays to the audience a sense of devastation and guilt.

Additionally, multiple crescendos were added throughout the play, this amplified any time any characters were worried or about to make a serious decision. I feel like this also helped break down the fourth wall in our production and would actually make the audience members feel just as uneasy as the characters did at a chosen time.

The Multi-Story Orchestra really helped us form our play and make our ideas, which were initially just on paper, a reality. They were there to support us and give us methods in which it would be smartest to portray certain things but they let us be in charge. This definitely changed the dynamics of the play and actually made my peers and I feel empowered and that we finally all had a voice.’’