Celebrating the Periodic Table with the Royal Society of Chemistry 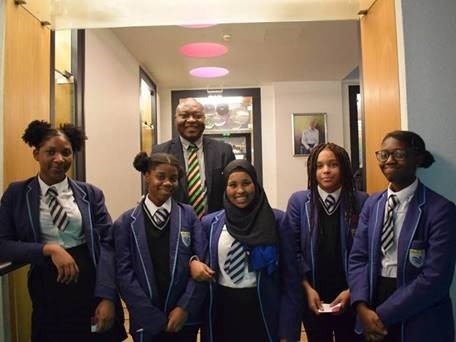 Peckham students attended an event organised by the Royal Society of Chemistry and the Royal Institution recently, to celebrate International Year of the Periodic Table.

Over 200 students and guests from different schools took part in the event which included an entertaining lecture by Professor Saiful Islam on energy materials, including batteries and perovskites, as well chemistry’s crucial contribution to the fight against the climate emergency.

The event also included exhibition stands, experiments and explanations from a dozen university and industry groups and companies, demonstrating the diversity and wealth of chemistry careers to a younger audience.

“It’s said that women aren’t really interested in some subjects, so I wanted to check out what it was really about," says Hani, who attended the lecture with four of her classmates. "Today’s talk was actually really good – I thought that chemistry people were just in labs, so Saiful said he does computer modelling, I didn’t know chemistry could do that, which is actually really interesting and I found it really helpful. I can see chemistry in a different way – instead of just lessons and doing practicals.”

Picture (Above): Mr Nnabugwu, Senior Head of Department Science, with HAP students at the Royal Society of Chemistry event.

Picture (below): Professor Saiful Islam gives a lecture to students at the famous Faraday Theatre of the Royal Institution. 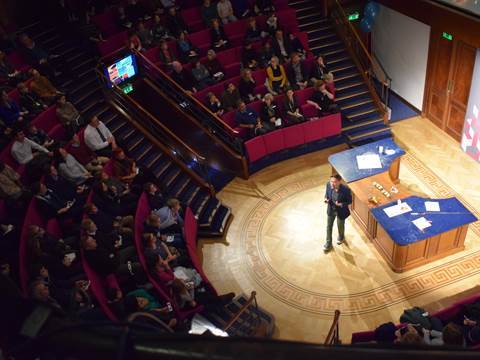